We are so sad to announce the passing of Milt Goodman, a long-time member of the CommunityHealth family. For over 20 years, Milt brought his gentle warmth to all those around him, not to mention the delicious pastries he would regularly bring into the break room for his fellow volunteers! 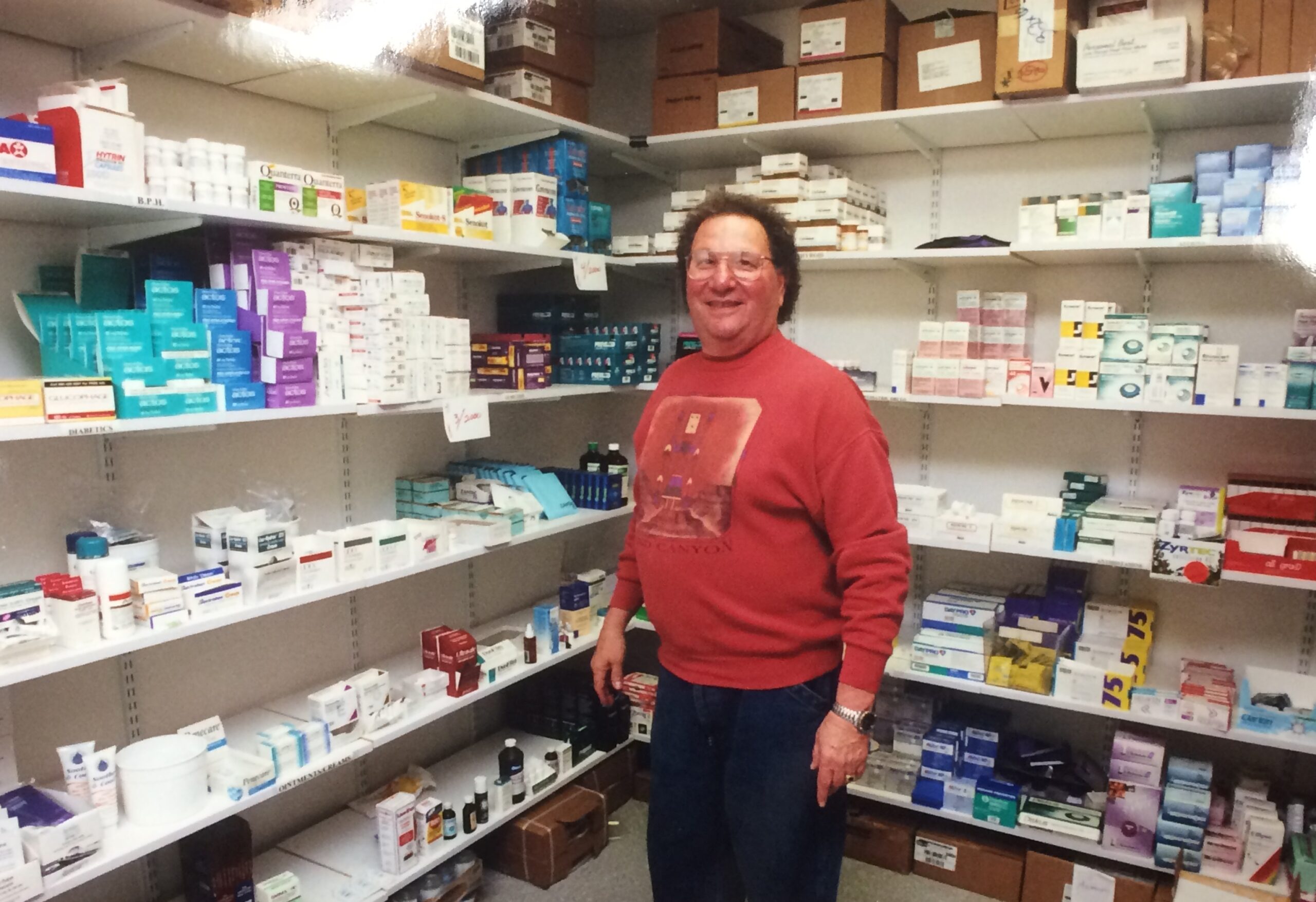 Milt in the CommunityHealth dispensary circa the 00s, surrounded by medications he helped source.

“You know my daughter says to me, ‘Dad, you’re 82 years old, how long are you going to volunteer at the clinic?’ And I say, ‘As long as I can work the computer and get up and get around, I will be here, because this clinic is very important to me.’”

Milt was incredibly passionate about CommunityHealth, volunteering well into his eighties, until the point at which he was no longer able to drive. Despite this setback, Milt was determined to stay present at CommunityHealth, visiting weekly to take in the sights and sounds of the clinic, and to eat lunch with his brother and fellow CommunityHealth volunteer, Sam Goodman. 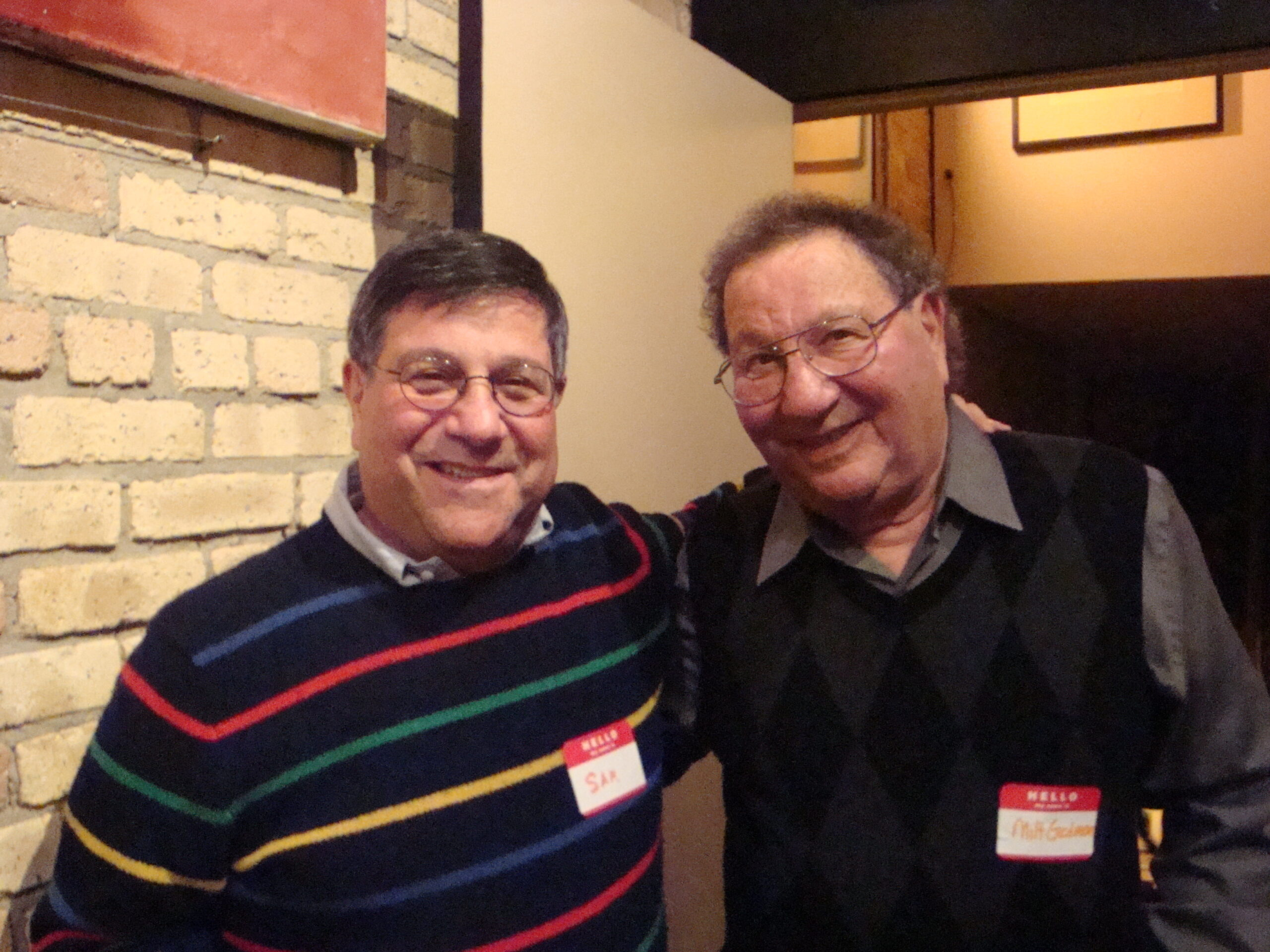 Milt first started in the pharmaceutical sector with Dow Chemical Company, a now vast Midwest-based corporation. He eventually became connected to other major pharmaceutical companies (Pfizer, Merck & Bristol-Myers Squibb, to name a few) who approached him for consultations. It was in his capacity as a consultant that Milt first came to know of CommunityHealth.

Milt first visited CommunityHealth after being put in touch with Roberto Shapiro, then in a leadership position at CommunityHealth, from one of his pharmaceutical contacts. He says he knew it was a special place straight away; the leadership team impressed him with their drive and vision, and the buy-in from all the volunteers was simply incredible. Milt also saw the chance to make a huge impact: by introducing volunteer doctors to pharmaceutical companies, the corporations would be inclined, with a little gentle persuasion from Milt, to donate medication samples to CommunityHealth.

Seeing the real effects that the drugs could have on the patient population, Milt pursued an ever-increasing amount of donated pharmaceutical samples, working hard with the leadership team to ensure a steady supply. This effort was always appreciated by everyone at the clinic, especially as at the time (late 1990s, early 2000s), there were scant generic drugs available; meaning the average cost of the pharmaceuticals was very high. Indeed, a board member once speculated to Milt that over the years, he had supplied over $500,000 worth of samples.

Milt grew incredibly close to CommunityHealth as he spent more and more time volunteering at the clinic. Following the tragic passing of his son, Milt introduced his wife to CommunityHealth in the belief that volunteering would help bring back feelings of joy and positivity. Milt was right. Ilene Goodman threw herself into all manner of volunteer activities at CommunityHealth, spreading joy to all those she came into contact with and developing a strong bond with everyone at the clinic. In Milt’s words, “She loved everyone here, and everybody loved her.” Sadly, Ilene Goodman passed away a few years ago, but her smiling face still greets you in the CommunityHealth kitchen.

In 2017, CommunityHealth honored Milt with the Volunteer Legacy Award in recognition of his decades of dedication to CommunityHealth. In true Milt fashion, he graciously accepted the award and spoke about what CommunityHealth meant to him:

“When I received the award, I said this clinic doesn’t owe me anything. This clinic has saved me through tough times; when members of my family passed, it gave me a place to go, a community to be part of. It really holds a special place in my heart.” 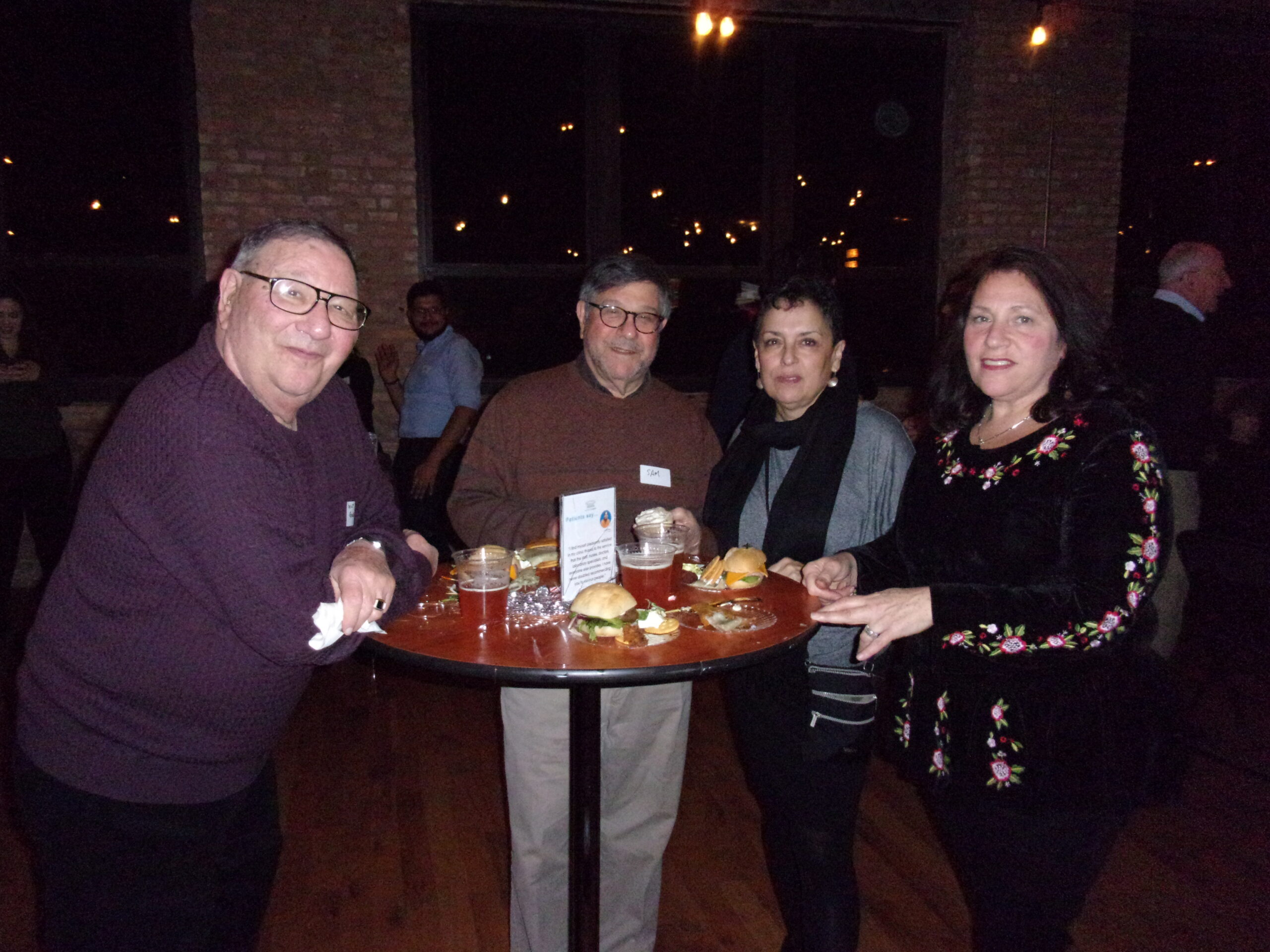 It’s always sad to lose a beloved member of our community, but we are particularly heavy-hearted to say goodbye to Milt. His passion and kindness were unmatched. He was an irreplaceable presence in the clinic. His legacy at CommunityHealth will not be forgotten.